Roy Wilkes takes another look at Frederick Engels’ classic work, The Origin of the Family, Private Property and the State, in the light of current debates around gender. 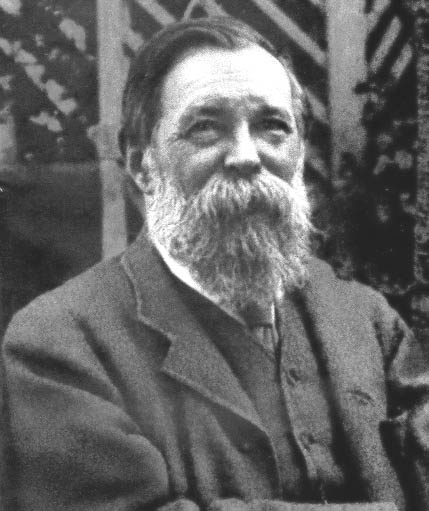 Within the language and mythology of every society there lurk echoes of the past. The strength and power of goddesses, which was widely celebrated during the heroic period of Ancient Greece, attest to a former matriarchy, even though the actual social relations had by then degenerated into a particularly brutal form of patriarchy. The word ‘family’ itself derives from the Latin word for slave, famulus. The Roman patrician would consider his family to consist of all the slaves he owned plus his wife and children, the slaves being the most numerous part.

We don’t have to rely on mythology and linguistics alone, however. Combined and uneven development in world history has allowed us a few tantalising glimpses of the sort of classless societies that would have constituted by far the greater part of human history. Engels bases much of The Origin on research conducted by American anthropologist Lewis Henry Morgan into the Iroquois tribe of native Americans in New York state. Morgan’s work was regarded by Engels as being ‘as definitive on the primitive state of society as Darwin’s was in the case of biology.’ (Introduction to the Penguin Classics Edition, Page 3)

Based on Morgan’s findings, Engels describes a primitive stage of ‘group marriage’ when ‘unrestricted sexual freedom prevailed within the tribe, every woman belonging equally to every man and every man to every woman.’ (Page 61) Concepts of jealousy, and even of incest, were unheard of. Over time, human societies began to bar parents and children from sexual intercourse with one another (the development of the consanguine family) and subsequently brothers and sisters also. The punaluan family based on this restricted form of group marriage persisted in Hawaii until the late 19th Century. These social mechanisms for the prevention of inbreeding probably developed through a process of natural selection.

In all such forms of group marriage it is uncertain who the father of a child is; but it is certain who the mother is (even though a woman would regard all of her sisters’ children as her own). Descent can only be proved on the mother’s side and therefore only the female line is recognized (mother right). The institution of gens thereby grew out of this punaluan family.

“The latin word gens, like its Greek equivalent, genos, from the common Aryan root gan (in German, where the g is replaced by k, kan), means to beget. Sanscrit janos, Gothic kuni, Old Norse and Anglo Saxon kyn, English kin, Middle High German kunne, all signify lineage, descent.” (Page 117). We derive many modern words from this important root, including: genetics, kin, king, queen (as well as some words now considered rude, I’m sure you can imagine…) And of course gender. Using this word gender to denote behaviours, self-expression, expectations, appearance, dress and indeed … self-identity, is a modern distortion (and of course all things modern have developed within, and often reflect the values of, patriarchy).

The ancient gens regulated sexual relations within the tribe. Sex with another member of the same gens was strictly forbidden. Since this extended to hundreds of degrees of kinship, with all of the complications that implies, the punaluan family evolved into the pairing family, which was based on temporary, non-monogamous pairings.

“The communistic household, in which most or all of the women belong to one and the same gens, while the men come from various gentes, is the material foundation of that supremacy of women which was general in primitive times.” (Page 79) Ashur Wright, a missionary amongst the Iroquois Senecas, confirms that “the women were the great power among the clans (gentes). They did not hesitate, when occasion required, to knock off the horns of a great chief and send him back to the ranks of the warriors.” (Page 79)

The domestication of animals opened up new sources of wealth. It tended to be men who controlled these herds (and who later controlled the new instruments of labour, the slaves). The status of men within the society thereby started to rise. But according to custom it was the gentile relatives (brothers, sisters, sisters’ children, mother’s sisters’ children) who inherited that wealth when the man died, rather than his own children. This dilemma was eventually resolved by the transition to father right.

“The overthrow of mother right was the world historical defeat of the female sex. The man took command in the home also; the woman was degraded, and reduced to servitude; she became the slave of his lust and a mere instrument for the production of children.” (Page 87)

The pairing family thereby evolved into the monogamous family (monogamy for the woman that is, less so for the man), which was “based on the supremacy of the man, the express purpose being to produce children of undisputed paternity; such paternity is demanded because these children are later to come into their father’s property as his natural heirs.” (Page 92)

The impact on social relations was huge. “The first class opposition that appears in history coincides with the development of the antagonism between man and woman in monogamous marriage, and the first class oppression coincides with that of the female sex by the male. “ (Page 96) Here Engels uses a formulation – sex class – which is more commonly used today by radical feminists than by Marxists.

Why is all this relevant now?

Engels shows us that:

Mainstream anthropologists have spent over a hundred years trying to discredit and undermine Morgan and Engels. But time and again evidence comes to light that confirms their findings about what we now refer to as hunter gatherer societies, and about the destruction of egalitarian matriarchy that was wrought by the Neolithic revolution.

Engels is not without his faults, homophobia being one of them. But his Origin of the Family, Private Property and the State is still worthwhile reading for anyone interested in fighting for the emancipation of humanity. Engels’ materialist approach to these matters confirms the old adage: there can be no socialism without women’s liberation, and there will be no women’s liberation without socialism.