Socialist Feminist Network supports the Woman’s Place UK campaign to protect and assert women’s rights and separate space, following is the launch statement, which was first published on Google Drive as a PDF, the campaign can be followed via the womansplaceuk.org website, on Twitter and on Facebook and can be contacted by email at womansplaceuk@gmail.com. 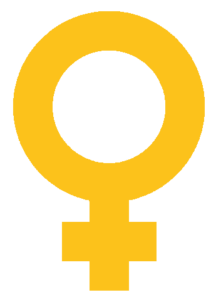 We are a group of people from a range of backgrounds including trade unions, women’s organisations, academia and the NHS. We are united by our belief that women’s hard won rights must be defended. 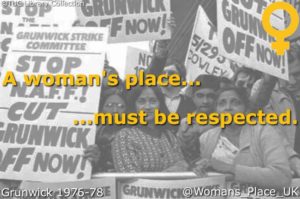 What are we for?

We are against all forms of discrimination. We believe in the right of everyone to live their lives free from discrimination and harassment. Women face both endemic structural and personal inequality. This is reflected, for example, in the high levels of sexual harassment, violence against women and girls; the gender pay gap; discrimination at work. This is why sex is a protected characteristic in the Equality Act (2010) which we believe must be defended.

We are calling for: 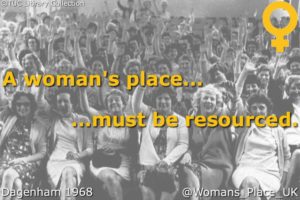 The Government Equalities Office has committed to consult on changes to the existing Gender Recognition Act.

The proposed change to the law would simplify the process to gain a GRC with the likely introduction of a simple statement of intent as in Ireland:

“I do solemnly and sincerely declare that I:

The Equality Act 2010 allows for those with a gender recognition certificate to be exempt from some services, occupations or spaces where there is a “proportionate means of meeting a legitimate aim”. These exceptions are not general but must be justified on a case by case basis:

“A service provider may have a policy about providing its service to transsexual users, but this policy must still be applied on a

case-by-case basis. It is necessary to balance the needs of the transsexual person for the service, and the disadvantage to them if they are refused access to it, against the needs of other users, and any disadvantage to them, if the transsexual person is allowed access. To do this may require discussion with service users (maintaining confidentiality for the transsexual service user). Care should be taken in each case to avoid a decision based on ignorance or prejudice.”
Equality and Human Rights Commission Guidance on the Equality Act

Transgender people should have the same rights as anyone else to be free from discrimination, to access the services that they need and to be treated with dignity and respect.

However, moving to a process of self-declaration risks unintended consequences for the safety and wellbeing of women and girls. If the government were to go ahead with the proposed simplification of the gender recognition process, and move towards a self-declaration system, it would mean that violent male offenders could demand access to women only spaces and services such as refuges, sexual violence centres/services and prisons simply by claiming to identify as a woman, whether or not this was the case. There is already evidence that this is happening in the prison service in the UK. There is evidence from both the UK and internationally of people who were born male entering women only spaces dressed as women and going on to assault women.

Whether or not these offenders are transgender is irrelevant since the recommendations in the report would facilitate this type of offending by making access to women only spaces dependent on an individual’s declaration that they identify as a woman with no need for any process of social or medical transition.

swomen, in particular if they are housed in the mainstream prison population in line with their biological sex. However, the Committee’s recommendations in these areas are not the best way to address these issues and threaten the safety and wellbeing of women and girls. 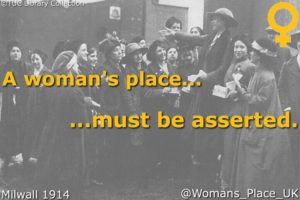 How can you get involved?

There are lots more resources from Woman’s Place UK on the website, including all their published documents, films of speakers, upcoming meetings and more.